By buying this product you can collect up to 49 loyalty points Your cart will total 49 points that can be converted into a voucher of 1,96 PLN. 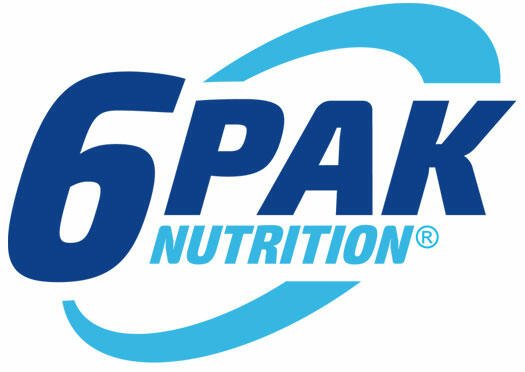 Brand 6PAK Nutrition hit enter on the market nutritional and dietary supplements, offering high quality products with sophisticated compositions in a very good price. Every athlete appreciates other aspects of the use of their supplements, but in any case you will find something for everyone!

6PAK VASO PAK is a product designed specifically for people practicing strength sports, the formula was based only on effective and legitimate active substances. The substances used not only to improve the pumping effect of the pump training (which has a huge impact on the level of motivation of each athlete), but also contributes to better nutrition and oxygenation of the cells of your body. This is made possible by the increased capacity of the blood vessels. You speed up in this way, the rate of post-workout regeneration - even after a hard training session. Amazing effect of the pump is made possible by practice of advanced mixture of nitric oxide (NO) L-arginine, citrulline, malate, and L-norvaline - doses selected so that the advantage of their supplementation was large as possible. Also affect dismiss the feeling of fatigue and have a positive impact on training possibilities. Arginine may also contribute to increased secretion (secretion) growth hormone (GH) by the anterior pituitary gland, whose influence on the results achieved in the form of increase in lean muscle mass is very high.

You can not forget the sensational effects of L-norvaline the production of nitric oxide (NO). It is an amino acid nieproteogenny (not build body protein), but has the properties of inhibiting the arginase (guanidine-degrading enzyme molecule entering into the structure of arginine and creatine). This translates to an increased amount of arginine, which can be used in the synthesis of nitric oxide. It also affects the natural synthesis of creatine, which becomes more efficient. L-norvaline strengthens the anti-catabolic and anabolic pro-arginine affecting indirectly to increase the capacity of muscles and their faster recovery (are better nourished and oxygenated thanks to the increased capacity of the blood vessels). In combination with other substances used in the formulation, such as beta alanine, and caffeine will allow you to considerable improvement in the quality of training. It is worth mentioning as a curiosity that inhibition of arginase can help normalize blood pressure.

PUMP TRAINING IS NOT ONLY VISUAL EFFECTS!

Composition 6PAK VASO PAK is full of active substances, among which you will find solid portions of the beta alanine affecting raise the efficiency of training. In with L-histidine in the dipeptide - carnosine. It is responsible for the maintenance of acid-base balance (which can be impaired by intense muscle contractions), a condition for full motor skills the athlete's body. You have to know that during increased physical activity often occurs, muscle under anaerobic conditions, which leads to the formation of lactic acid. Accordingly high concentration of carnosine in muscle is difficult to obtain due to its small supply. Regular use of beta-alanine helps to increase its concentration, so your workouts will be able to be longer and more intense. Beta alanine is 100% legal and safe even during prolonged use. Research to assess the impact on the athlete's body was carried up to 12 weeks.

If you have not yet had contact with the supplement based on beta-alanine can meet with tingling under the skin on the face, back or hands - do not worry, there is a negative side effect. These tingling disappears after a few portions (your body gets used) - no tingling does not mean, however, that the substance no longer work.

LET YOUR PRACTICE BY COME TO THE NEXT LEVEL!

A solid dose of caffeine provides quick energy boost during training, which is necessary to carry out it at 100% even weaker in the day. The benefits of supplementation, however, are much broader: alters the acceleration of metabolism (enhanced thermogenesis) contributes to the improvement of concentration and concentration, but also to improve the synthesis of glycogen during the recovery following the exercise (this issue is not yet treated, but acquired content optimistic ). Wondering why each serving 6PAK VASO PAK there were 200mg of pure caffeine? This is not the case, because as scientific sources reported its optimum dose is 3 to 6 mg per kilogram of body weight. The formula used in this sensational preparation is thoroughly thought out.

6PAK VASO PAK also includes other valuable extras such as a complex of vitamins (B6, C, B12) and acetylated form of L-carnitine, which affect the proper functioning of the athlete's body is undeniable. Vitamins influence the course of metabolism and strengthen the immune system, which is often strain wycieńczającymi workouts. Vitamin C has a high potential antioxidant that helps fight free radicals, whose activity can bring great havoc in the human body.

Acetylated form of L-carnitine (ALC) is esterified with a classic L-carnitine, which is associated with weight loss and a way to slim and firm body. In terms of bioavailability acetyl-L-carnitine is at a much higher level, which allows much better effects at the same dose. ALC influences on lipid metabolism of the body, and therefore may influence the effect of accelerating the reduction of adipose tissue without causing a yo-yo effect. Besides its effect to increase the transport of fatty acids into the mitochondria (Acetyl-L-carnitine easily overcome barriers of the cell membrane), affects the nervous system affecting the positive mood and the ability of learning and memory. It also increases the strength and fatigue away. 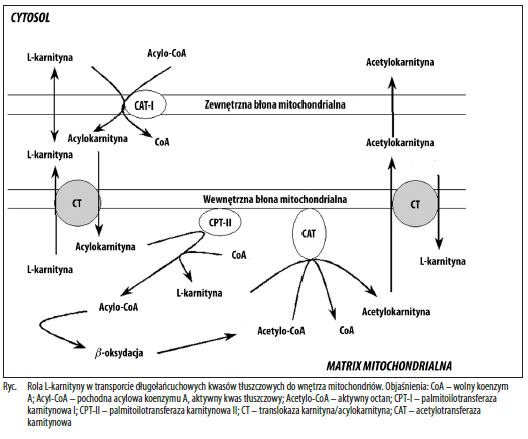 Let's illustrate the process of burning fatty acids little more (diagram in Figure above) carnitine transports long-chain fatty acids from the cytosol into the mitochondria where the oxidation occurs after the release of energy. The most important products of the process are acetyl groups, part of which is oxidized in the Krebs cycle - the remainder is transported by the acetyl L-carnitine back into the cytosol, where they are involved in the synthesis of neurotransmitters such I acetylcholine (positive influence on the process of memory and concentration) . ALC is very important to maintain the proper functioning of the nervous system, which with age is deteriorating.

High quality pre-training shot, thanks to which every workout (even on a weaker day) you will perform on 100% of your abilities! Each serving provides a solid dose of stimulation and energy to operate. It contains such ingredients as: beta alanine, taurine, caffeine and choline. Bet on effectiveness and join the best!

Hardcore pump during training is not a legend - this action was the product whose composition is based on a solid dose of active substances (alpha-ketoglutarate arginine hydrochloride, arginine and citrulline malate). Refined taste and seamless solubility will surely appeal to you. Top quality at a good price! Rozrywająca pompa mięśniowa towarzyszyła mi przez cały trening! Łapy chciały eksplodować, nie moge sie już doczekać treningu klatki i nóg ;)

Advanced post-workout preparation, so that your body will not only grow faster but also strengthen its capacity for training! It contains up to 5 forms of creatine, beta-alanine and citrulline and much more effective active! The second product of the BB series, developed by IFBB PRO - Robert Piotrkowicz.

Amazing shot preworkout based only on the active substances such as beta-alanine, citrulline and caffeine! It contributes to a significant increase in exercise capacity of the body and accelerates its regeneration! Płynna forma = lepsza przyswajalność. Skład dobry i działający. Dawki poszczególnych substancji na dobrym poziomie. Smak? to ma działać! działa lepiej niż smakuje